5 REASONS WHY GHEE IS BETTER THAN OIL

A purified form of butter called ghee has been a staple of both Indian cuisine and Ayurvedic medicine since ancient times. Ghee is sometimes referred to as clarified butter, but it actually goes a step beyond. Clarified butter is made by heating unsalted butter until the milk solids and water rise to the top, where they are skimmed off. Ghee results from cooking the butter for a longer period of time and straining out nearly all the milk solids and water, leaving pure butter fat behind. Ghee is free of potentially unhealthy additives, preservatives and trans fats. Thanks to its pure form and low moisture content, ghee is shelf-stable and can stay fresh for up to a year without refrigeration! Some people even have aged ghee that has lasted more than 100 years.

Since ghee is formed by removing milk solids, it contains only little amount of milk lactose and proteins, making it suitable for most people with dairy allergies. Ghee also fits into the popular Paleo diet, which is based on the types of foods eaten by people who excludes dairy products.

While ghee has a high concentration of fat, it’s high in monounsaturated Omega-3. These are the same fatty acids found in salmon that have been discovered to promote a healthy heart and cardiovascular system. Those who consume large quantities of ghee has a lower incidence of coronary heart disease and reduced levels of serum cholesterol.

At high temperatures, most oils break down into unstable elements known as free radicals. Excessive amounts of free radicals in the body can result in cell damage, including the development of cancer. Ghee has a smoking point of nearly 500°F, so it retains its structural integrity under the high heat used for frying and other preparation methods.

Ghee isn’t used just for cooking. It has long been used by Indian women as a topical moisturizer to relieve from dry complexions. Application on the scalp also fights dryness and dandruff. Ghee encourages the growth of thick, black and lustrous hair. 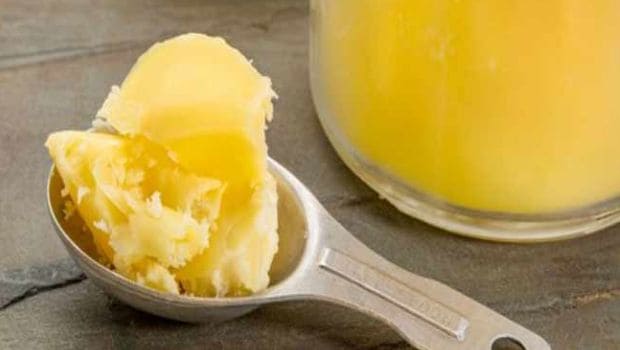 Hong Kong Food Guide: 12 Must-Eat Dishes & Where You Can Try Them!

5 DIET TIPS TO AVOID GETTING DIABETES DURING PREGNANCY

8 Must Try Food in Kelantan

6 Must Try Food In Sabah